Dr. Wallach has been involved with biomedical and disease pathology research for more than fifty years. His research has resulted in the publication of more than 75 peer reviewed and refereed journal articles in the fields of nutrition and pharmaceutical research, and he has made major contributions to eight multi-authored text and reference books on these subjects. He is known the as the father of trace mineral supplementation and also considered by many to be one of the founding fathers of the new science known as Epigenetics.

Dr. Wallach is the author of the most famous and popular lecture on Natural healing and trace mineral supplementation ever released back in the early 90’s known as Dead Doctors Don’t Lie. He also “wrote the book” on animal and veterinary health that is currently held in the Smithsonian Institute as a “National Treasure” and is recommend as the definitive guide for zoologists.

Dr. Wallach adapted and has been applying his veterinary, full spectrum (including trace minerals) nutritional formulas to human beings with great success for over 30 years. Tens of thousands of people all over the world attribute their health transformations to the effectiveness of his 90 for life message, nutritional supplement formulas and dietary protocols. 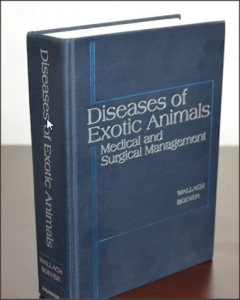 Dr. Wallach received his bachelor of science degree in agriculture in 1962 from the University of Missouri with a major in animal husbandry (nutrition) and a minor in field crops and soil physiology. In 1964 Dr. Wallach received a DVM, a doctorate in veterinary medicine, from the University of Missouri. He was a disease pathologist and instructor for the Iowa State Diagnostic Laboratory and Instructor (Pathology) for the Department of Pathology, Iowa State University (Department of Veterinary Pathology) in 1964/65, and then received a post-doctoral fellowship from the Center for the Biology of Natural Systems (comparative pathology and comparative medicine) at Washington University, St. Louis Zoological Garden and Shaws Botanical Gardens in St. Louis, in 1967. He continued his veterinary and research work at the Yerkes Primate Research Center at Emory University in Atlanta, Georgia, from 1977–1978.

He then studied naturopathic medicine, receiving an ND (a doctorate to practice medicine as a naturopathic physician) from the National College of Naturopathic Medicine in Portland, Oregon, in 1982, and attained the rank of Lt. Colonel in the US Air Force/Air National Guard and Air Force Reserves (MOS: nuclear, biological, and chemical warfare; NBC: veterinary and human medicine).

Dr. Wallach’s research has resulted in the publication of more than 75 peer-reviewed and refereed articles in veterinary journals, human medical and biochemistry journals, and pathology journals. He has contributed chapters to eight multi-author textbooks and his signature primary authorship of a 1,200 page text/reference (NIH sponsored research) on the subject of comparative medicine and pathology (The Diseases of Exotic Animals: W. B. Saunders Publishing Co., 1983.) This text is featured by the Smithsonian Institute as a “National Treasure.” 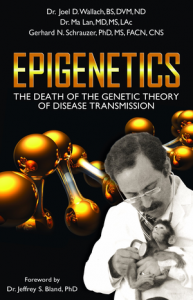 Dr. Wallach was a member of NIH site visit teams for four years and was a member of the 1968 NSF ad hoc committee that authored the 1968 Animal Welfare Act (for the humane housing and care of laboratory and captive exotic species), Consulting Professor of Medicine (Harbin Medical University, Harbin, Hei Long Jiang, People’s Republic of China). Dr. Wallach was the founder and editor of the Journal of Zoo Animal Medicine and an associate editor of Quantum Medicine, the Journal of the Association of Eclectic Physicians, and the editor of the national alternative-health magazine, Health Consciousness.

Dr. Wallach, along with Clinton Miller (lobbyist for the National Health Federation and deceased July 2013 at age 92), was one of the coauthors and engineers of the twenty-five year battle to create and secure passage through the U.S. Congress of the Dietary Supplement and Health Education Act (DSHEA1995) to ensure that nutritional supplements were legally categorized as food rather than pharmaceuticals. Day and night, Wallach and Miller would hand out petitions to the audiences where they attended thousands of health lectures throughout America, and they then gathered up the signed petitions and sent them to Congressional Committee members and their personal U.S. Representatives and Senators. 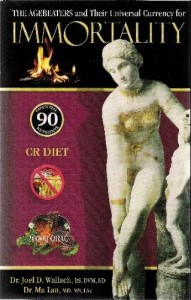 Dr. Wallach has received numerous awards for his contributions in advancing our knowledge in the areas of animal and human health, including:

Dr. Wallach has been the plaintiff and/or co-plaintiff in eight lawsuits and claims requests lodged against the FDA in federal courts (Federal District Courts, Federal Appellate Courts, and up to the steps of the U.S. Supreme Court) to ensure that proper information regarding supplementation with selenium, omega-3 essential fatty acids, folic acid, and antioxidants that could prevent and reverse human diseases was available to all Americans.

Since 1989 Dr. Wallach has given 300 free health lectures each year throughout the world and has been the host of two live interactive and syndicated AM talk radio shows (Dead Doctors Don’t Lie and Let’s Play Doctor) two hours per day, five days each week, and as of 2011 is listened to on as many as 1,342 Genesis Communication Network (GCN) hardwire and Internet stations.

Dr. Wallach, along with coauthor Dr. Ma Lan, has written twelve popular books designed to educate the general public on how to prevent and reverse disabling and deadly diseases, generally thought to be genetically transmitted by medical science, with simple dietary changes and evidence-based nutritional supplement programs.

He currently (2016) still travels around the world lecturing on natural health and healing 300 to 400 times a year and is on the radio twice daily talking on health and healing and taking calls from people seeking relief from all types of health challenges.